A BRIEF HISTORY OF ANZAC DAY
The Anzac legend was born on 25 April 1915 when some 20,000 soldiers of the Australian and New Zealand Army Corps (ANZAC) landed under fire on the shores of Gallipoli, Turkey.  The Anzacs on Gallipoli helped shape the Australian story. Once used to refer to those who fought in the First World War, as time has passed the meaning of ‘Anzac’ has changed. The term ‘Anzac’ expresses the characteristics that are seen as important to Australians and those serving in the Australian Defence Forces including courage, equality, endurance and mateship. While the relevance of the Anzac legend in today’s multicultural society may at times be debated, there is little doubt that these characteristics and the meaning of Anzac will endure.
The first Anzac Day 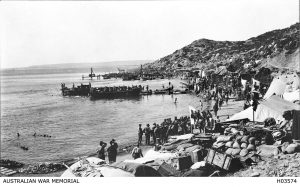 The landing on Gallipoli was already etched into the minds of many people while the Gallipoli Campaign was still being fought. It became a defining moment in Australia’s history. At the first event to commemorate the war dead on 2 July 1915, the South Australian Governor, Sir Henry Galway said “If any day is to be chosen for Australia’s day, I think it should be April 25 … Those heroes will hand down the finest traditions to their sons and their sons’ sons …”.  In 1916, the Acting Prime Minister, George Pearce, officially named 25 April as ‘Anzac Day’.  The first anniversary of the landing was observed in Australia, New Zealand and England. In London, more than 2000 Australians marched through central London to Westminster Abbey. King George V, Australian Prime Minister Billy Hughes and Allied military leaders attended the service. Australian troops in Britain, Egypt and France attended local services to commemorate the landing at Gallipoli.
How Anzac Day has evolved
In Australia during the First World War, morning church services were followed by fundraising events and recruiting rallies featuring returned soldiers. After the war, many veterans who wanted to put those years behind them avoided Anzac Day. In some parts of Australia, there were no large public ceremonies for several years until a revival in the 1920s. People felt the need to honour veterans and to mourn the dead but it was also a day for returned service men to reunite and reminisce.  By 1927 Anzac Day was a public holiday in every state of Australia.  Sometimes, Anzac Day has been a vehicle for protest.  In 1929 as the Great Depression struck, some veterans marched under a banner reading “Unemployed Returned Soldiers.  We had a job in 1914-1918.  Why not now?”.  Others felt excluded from Anzac Day by the focus on returned men at the expense of those who had lost their lives, and families at home. In 1938, bereaved women protested not being part of the ceremonies by joining returned soldiers at Melbourne’s Shrine of Remembrance, much to the annoyance of some veterans.

Early in the Second World War, Anzac Day acknowledged a new generation of service personnel and celebrated Allied victories.  In 1942, with Japan threatening, there were no official dawn services or marches.  When events were reinstated in 1943, veterans of two wars were taking part.  Never again would Anzac Day be an occasion dedicated only to the memory of the Great War.  By the 1950s, after two World Wars and the Great Depression, people were wearying of reminders of darker times.  Some veterans perceived Anzac Day as a glorification of war and refused to participate. This view gathered some momentum as Australia’s involvement in the Vietnam War became increasingly unpopular.  The Gallipoli Campaign’s 50th anniversary in 1965 initiated a revival of Anzac Day.  By the 1970s, there was greater academic and popular interest in the First World War.  Anzac Day came to be seen through the prism of war as a cause of misery, pain and suffering.  In the late 1970s, protesters again called into question the commemoration of Anzac Day.  Some groups who felt excluded from the Anzac story, such as First Nation Australians, brought their experiences into the spotlight.  In the 1980s, new groups were allowed to join the march, including the descendants of veterans and members of the defence forces of Allied nations who had migrated to Australia. 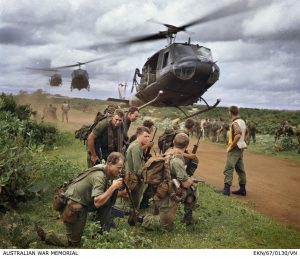 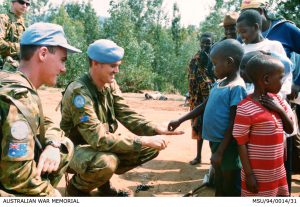 Today, Anzac Day also honours those who have served through recent conflicts and on peacekeeping missions.  The day reflects the diversity of modern military operations as young veterans join with veterans of earlier wars, connected by the experience of service.  Now a tradition over 100 years old, Anzac Day has become Australia’s most important secular occasion.

Anzac Day can be a deeply emotional time for Australia’s veterans and their families and some may find this time of year difficult.

Open Arms – Veterans and Families Counselling Service (formerly VVCS) provides free and confidential counselling and support for current and former ADF members and their families. They can be reached 24/7 on 1800 011 046 or visit Open Arms Website for more information.

Information supplied by the Australian Government Department of Veteran Affairs.