Dear Australia, RE: The Coronavirus 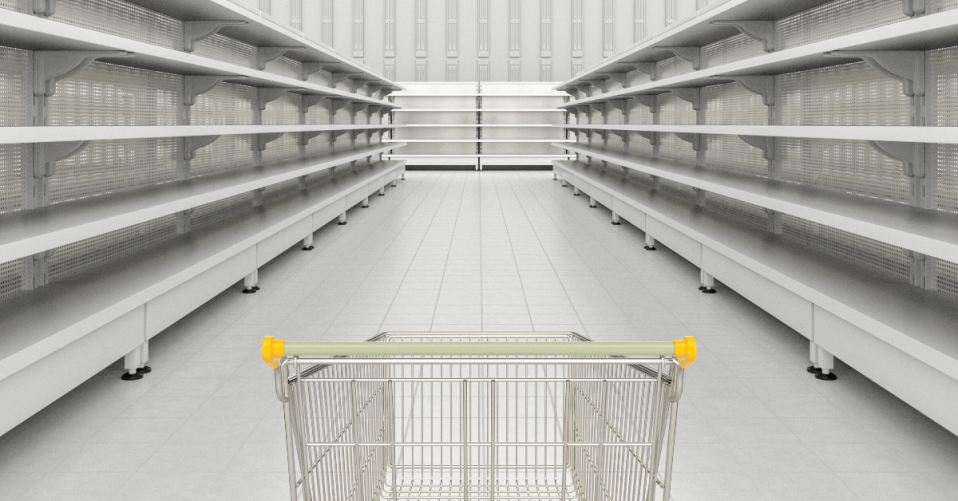 The Coronavirus has intruded into our lives. While only a few weeks ago we were breathing a sigh of relief at the deluge of water that ended the worst fire season in living memory, we’re now facing the worst health crisis in decades.

The Coronavirus came out of the blue, and yet it’s infecting millions across the globe, including increasing numbers in Australia. Authorities are telling us it will get worse before it gets better. Social distancing, states of emergency, shortages at supermarkets – the disruption is widespread. It could be months before life returns to any semblance of normality.

And so it’s natural to feel somewhat uncertain. It’s human to feel anxious about the future. It’s normal to feel a measure of fear.

Indeed, whether you’re religious or not, you’re probably feeling that something is very wrong with the world right now: people aren’t meant to die before their time by a disease that’s only existed for 5 mins; cities and countries aren’t meant to be in lockdown – or face the threat of lockdown; people aren’t meant to hoard enough toilet paper to sink a battleship, while the more vulnerable members of our community get nothing.

But that’s where the Coronavirus has led us.

And so how do we make sense of this mess? What will help us understand, process and respond well to the awfulness of what’s upon us?

Many of our educated secular elite tell us that religion has some value during times of crisis, at least in giving (faux) comfort to its adherents. But ultimately, they tell us, religion is ‘fake news’ when it comes to reality. According to their view, intellectual honesty demands we grow up and come to terms with the universe we’re in.

“In a universe of electrons and selfish genes, blind physical forces and genetic replication, some people are going to get hurt, other people are going to get lucky, and you won’t find any rhyme or reason in it, nor any justice. The universe that we observe has precisely the properties we should expect if there is, at bottom, no design, no purpose, no evil, no good, nothing but pitiless indifference…DNA neither knows nor cares. DNA just is.” [1]

DNA neither knows nor cares. DNA just is.

But does this secular view of life make sense of what you and the rest of the world are going through?

Is our anxiety around the Coronavirus and all its effects merely a failure to face reality – namely, that this universe is a universe without justice or morality?

Wouldn’t a ‘rational’ response, then, (according to the secular worldview) be to accept the thousands of deaths coming our way as natural and normal?

After all, “DNA neither knows nor cares. DNA just is”, right?

If, like many, you’re haunted by the sense that the Coronavirus is an intrusion into our lives; if watching the increasing numbers of sick piling up in makeshift hospitals across the world leaves you with a sense that our world is not right, then I would say, you’re rational. You’re not denying reality: you’re understanding something important about reality.

I suggest that your feeling of unease is an indication. Your sense that the world is broken is an indication that there’s more to reality than what the secular view of life allows.

The secular view of reality doesn’t make sense of this brokenness you’re feeling. It can’t give us a meaningful answer as to why we feel there’s something wrong about a naturally occurring virus destroying the lives of millions.

And yet, while the secular view of reality can’t make sense of your brokenness, the Bible can.

The Bible tells us that 2000 years ago, a man appeared on humanity’s doorstep announcing that He had come to fix our broken world.

And this Jesus came back to life again as the Judge who will one day get rid of all evil and brokenness, and make all things new. One day, Jesus Christ will cleanse this world of all viruses, of all evil, and even of death.

If we accept Him for who He is – the ultimate King and Saviour of us all, then we too will live with Him in that new world.

And in the meantime, we’ll have enormous resources at our disposal to make sense of this world, and respond not with panic and fear, but with love and hope.

Dear Australia, your intuition that something is wrong with the world is spot on: the world is very broken. But the solution – the ultimate solution, Jesus Christ, has come.

Will you join Him?

(If you wish to check out the central claims of the Bible for yourself, click here).

Your ticket for the: Dear Australia, RE: The Coronavirus

Dear Australia, RE: The Coronavirus