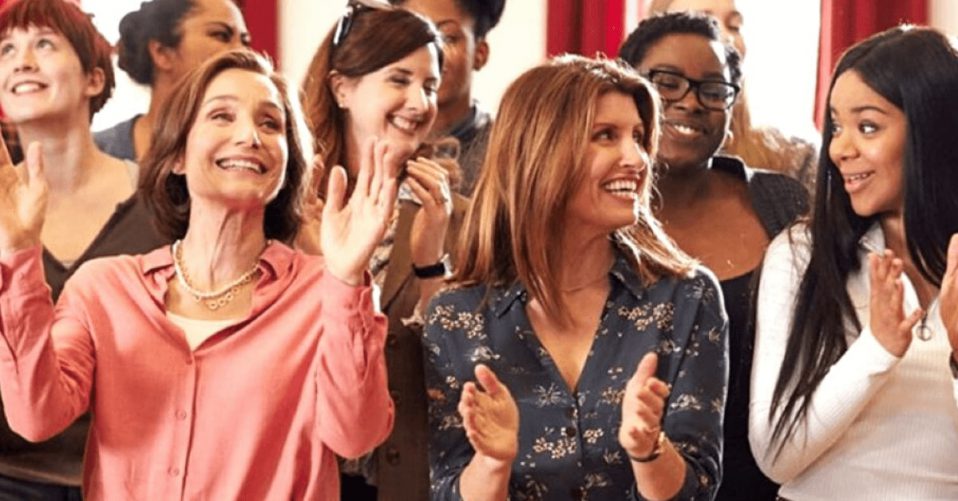 When someone goes to war, there’s always someone left behind. Whether a wife, a friend, a sibling or comrade, the weight of sending loved ones off to the front lines is felt by many.

Military Wives, from the director of The Full Monty, is based on the true story of a group of women in England who found hope and healing in singing, while their partners fought in Afghanistan. Largely isolated from outside life while on the military base, they inadvertently founded what’s now become a global collective of choirs who perform around the world.

With less to do with talent and more to do with community, the Military Wives choir becomes a place where the women can talk about what their experience has been like, and vocalise what words don’t do justice to. They each carry different levels of grief and hardship, but all of them share a common feeling of being left behind, and the powerlessness that comes from waiting for the next battle update.

Glued to the phone for a word from their partner, and wary of men in uniform coming to their door, the womens’ hope is mixed with an ever-present awareness of tragedy and just how close to home it can be. Some deal with it in humour and socialising, while others choose a quieter, personal approach, which Military Wives captures with compelling respect and authenticity.

Although it deals with mature themes, Military Wives is a valuable watch for teens and above, offering a striking insight into a world that may never be our own, but one we should be hugely grateful for.

In a world of anxiety, stress and disconnection, Military Wives is a pleasantly gentle yet emotive watch that will make you appreciate those who serve to protect us, and the power of bringing people together.

Your ticket for the: ‘Military Wives’ a Gentle Tribute to Defence Families – And the Power of Music