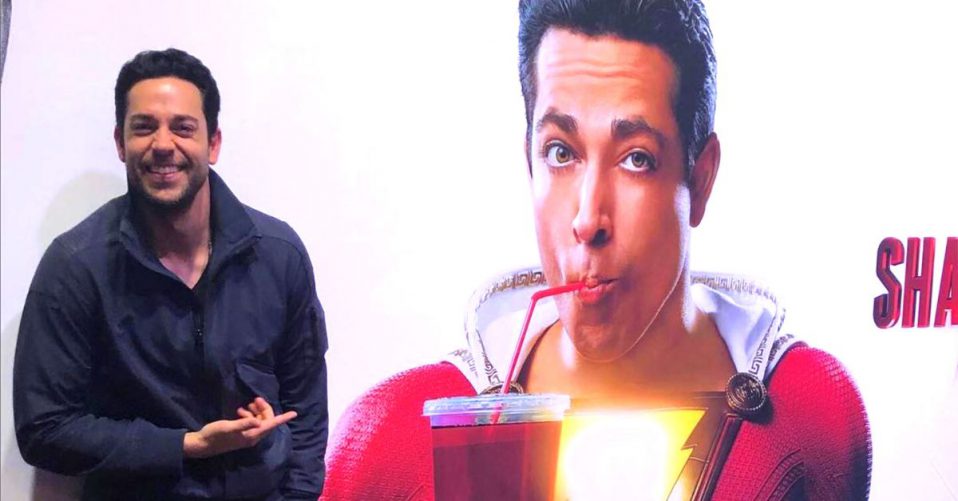 How do you think the world would change if loving others was the undercurrent of our conversations and the intention behind all our social interactions?

American actor Zachary Levi has gained fans across Broadway, television and film, appearing in the hit NBC series Chuck, The Marvelous Mrs. Maisel, and as the lead character in DC’s Shazam! among many other projects.

In his late 30s, Zachary experienced a mental health decline unlike any before. The trauma he had swept under the rug from a childhood coloured by an abusive mother and absent father-figure erupted, and, no longer able to “white-knuckle” his way through, Zachary landed in an intensive therapy retreat that compelled him to face the pain he had been fearing.

“Mental illness, it shows a little bit in your 20s, but it’s really not until you get into your late 30s and your 40s that it rears its ugly head if you’ve not taken care of it,” Zachary told the UNDISTRACTED podcast.

“And I definitely did not [take care of it], because I didn’t even know there was anything to take care of.”

In his debut memoir Radical Love: Learning to Accept Yourself and Others, Zachary talked about his history with depression, anxiety and trauma and how his continued recovery from them inspired his mission to help people heal their inner worlds – and with that, to heal the whole world.

It’s a bold ambition, but as Zachary learned to take a more loving approach to his own shortcomings and those he witnessed growing up, he realised love was the key to humanities wholeness.

“Love in and of itself, I think, is radical… Jesus said radical stuff about it like ‘love your enemy and pray for your persecutor’. How many people are doing that?” – US actor Zachary Levi

“Love in and of itself, I think, is radical. When Jesus is talking about [love], He said radical stuff about it like ‘love your enemy and pray for your persecutor’. How many people are doing that?

“If you really, really care about making the world a better place then you care about all the humans and giving them the best opportunity to become the best version of themselves.”

Throughout Radical Love Zachary talks about how his own Christian faith has been an anchor point to understand the ideas of love and forgiveness through – a faith he ironically inherited from the same mum who traumatised him.

“[My mum] was a really incredible woman: intelligent, charming, talented, beautiful and had so much possibility,” Zachary said, “but was herself a victim of a tremendous amount of psychological abuse at the hands of her mother.

“The irony is that my mother never wanted to be anything like her mother and then, because she had all this unhealed trauma, she ended up being exactly like her mother.”

Trusting That God Was With Him

Despite his environment, at four years old, Zachary had a sense God was there with him.

“I was a little kid but I knew that there was a God, that God loved me and that God wanted me to be an actor,” Zachary said.

That faith did come under fire in his lowest moments, Zachary admitted, “but fortunately I don’t think God really cares about that”.

“God saw the plight I was in and wasn’t going to ‘ding’ me for it, He was like ‘hang on, I’m here. Trust that I’m here – and even if you don’t I’ll have other people interceding on your behalf’.”

“God saw the plight I was in… ‘Trust that I’m here – and even if you don’t I’ll have other people interceding on your behalf’,” – US actor Zachary Levi

Between friends that have prayed for Zachary over the years and a spiritual “angel” at the retreat that coached him through his crisis, that sentiment rung true for Zachary, and it’s one of reasons he wants to be a visible support for others in distress.

“I like living my life as authentically as possible, I like people to know the real me,” he said.

“I’ve noticed in my life anytime I’m willing to say, ‘I’ve been through this, or I’ve struggled with this, this is my reality’, overwhelmingly the feedback is positive. You get people saying, ‘Thank you’.”

Zachary’s memoir Radical Love: Learning to Accept Yourself and Others is out now.