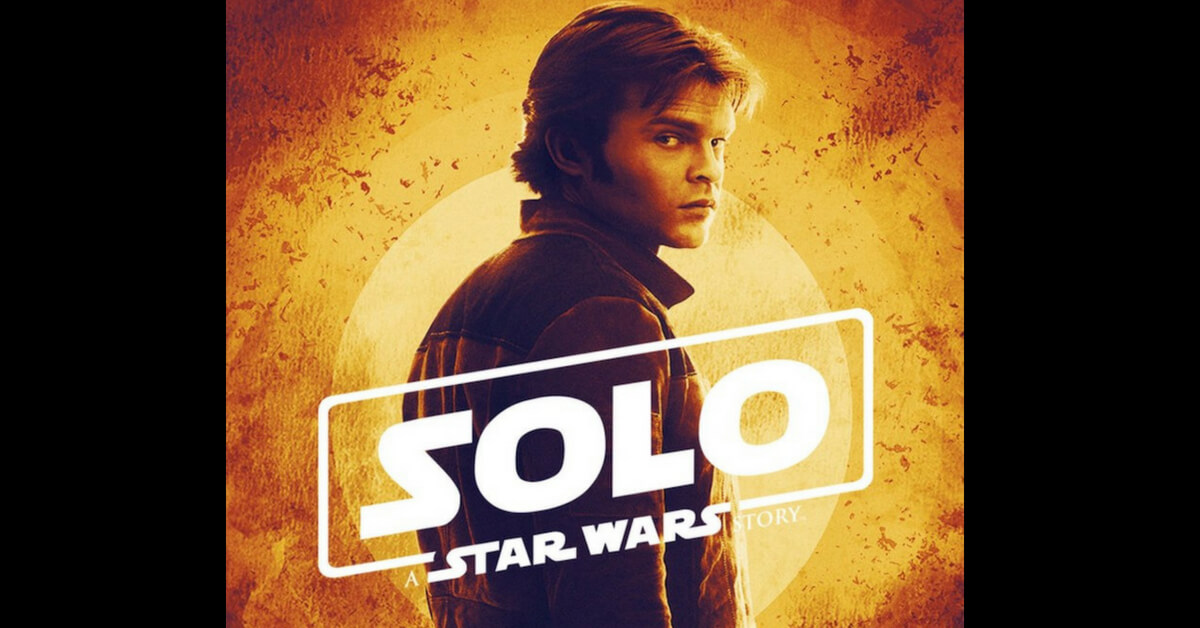 His name says it all. He is alone. Solo.

No parents. No friends.

But that is to his competitive advantage. It makes him resourceful, nimble, and independent.

Han Solo can fly planes. He can sweet talk his way through checkpoints. He can win games of chance with every single hand. Dammit. Why can’t my life be like this?

While others are condemned to being faceless slaves or footsoldiers, Han Solo breaks out and forges his own destiny—of his own making—by going, you guessed it, solo!

Except that Han Solo can’t do it alone. He needs a father figure (Woody Harrelson). He needs his childhood sweetheart (Emilia Clarke).

But the key theme of the movie is trust no-one.

The only person you can trust is yourself. Everyone else will betray, hurt, or desert you.

Much better to go, you guessed it, solo!

But Han Solo can’t do it solo. He needs a buddy to trust. Enter Chewbacca. A wookie. An alien, from another species!

Chewbacca is a great co-pilot—but he won’t solve your daddy issues or your lovesickness.

Han Solo’s conundrum is the conundrum of human existence!

Our choice is to be a faceless minion, another cog in the machine, with 2.5 kids and a mortgage. Or we can break out and go solo, only to be condemned to a life of isolation and loneliness.

I remember a few years ago, when I was seeing a counsellor, she asked me, “Who do you trust? Who do you confide in?” And that’s when I realised that, up until that moment, I trusted no-one. I was alone.

This is where Jesus enters our story of human existence. I love the multiple stories of Jesus which end with him saying, “Because you trusted me, you have been saved.”

Jesus becomes the one who is betrayed, hurt, and deserted—in our place—so that we never need to be. If we trust him we will never be alone.

His last words to his disciples on earth were, “I am with you always.”

His name says it all. He is alone. Solo.

No parents. No friends. END_OF_DOCUMENT_TOKEN_TO_BE_REPLACED

Your ticket for the: Solo – But What If I Could Do with a Bit of Company?