Tears of Joy and Sorrow as Uluru Climb is Closed: A Chat with Brooke Prentis 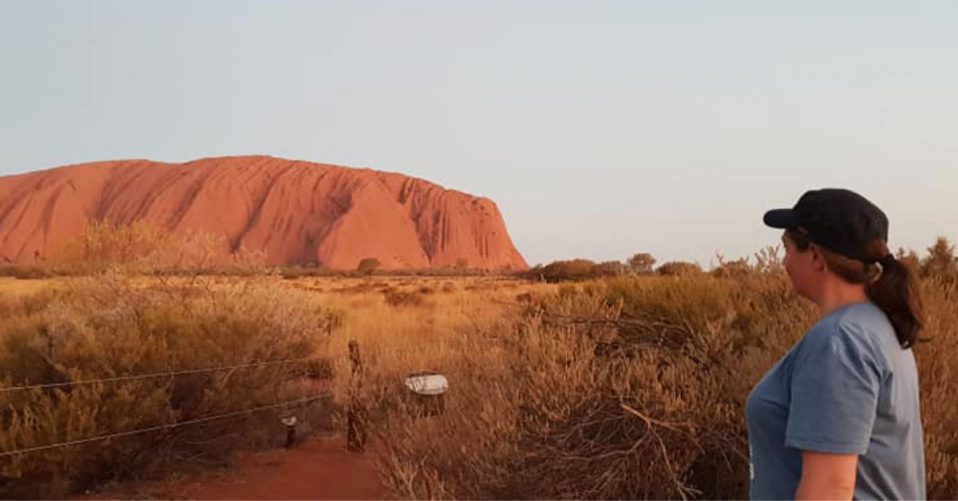 There was joy and celebration at the foot of Uluru as climbing of the rock was finally banned—but tears, too, as climbers continued to ignore the wishes of traditional owners until the last minute.

Among those attending the closure celebrations was Brooke Prentis, Aboriginal justice spokesperson for the Christian group Common Grace, and a descendant of the Wakka Wakka people from Queensland.

Brooke had joined an annual Uluru pilgrimage group led by Fusion Australia, to travel to Australia’s heart for the marking of the closure. She became emotional talking about the significance of the moment, explaining that the sacredness of the site can’t be underestimated.

“With our over 300 nations (on the indigenous map of Australia), on each of our nations we have sacred sites,” Brooke explained. “And many people still climb those sites. Uluru and Kata Tjuta are two of the most significant.” 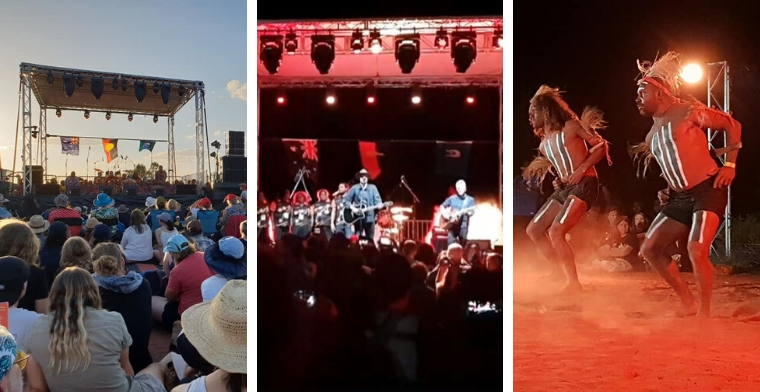 Above: Entertainment after the closing of the Uluru Climb included (L-R) the Central Australia Aboriginal Women’s Choir; Peter Garrett; and traditional indigenous dancers.

To climb the rock, visitors have had to pass signs that read, “Please don’t climb. Uluru is sacred in our culture. It is a place of great knowledge. Under our traditional law climbing is not permitted.”

Brooke said it was heartbreaking to see people still disrespecting the wishes of the Anangu people, the traditional owners, right up until the last possible moment when the climb was closed at 7pm. Many indigenous people found it upsetting to see the disregard for their culture, even after decades of education. 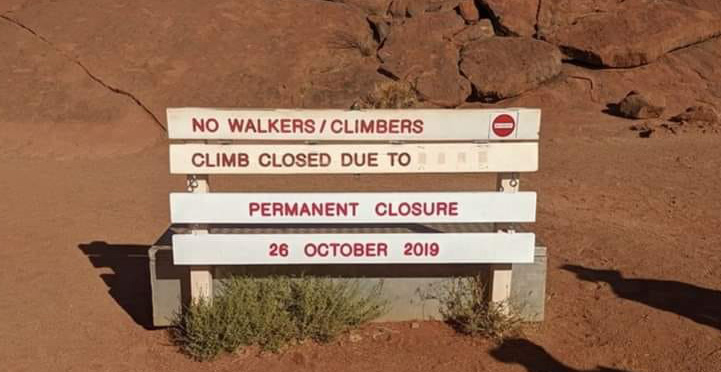 “To be there for that moment when the climb was closed and to hear the clapping and the jubilation in the Anangu peoples, and all the peoples that had gathered, while we still had to stand there and watch people walking going past the signs that said ‘please don’t climb this’, there was heartbreak,” Brooke said.

Another Step Towards Healing and Reconciliation 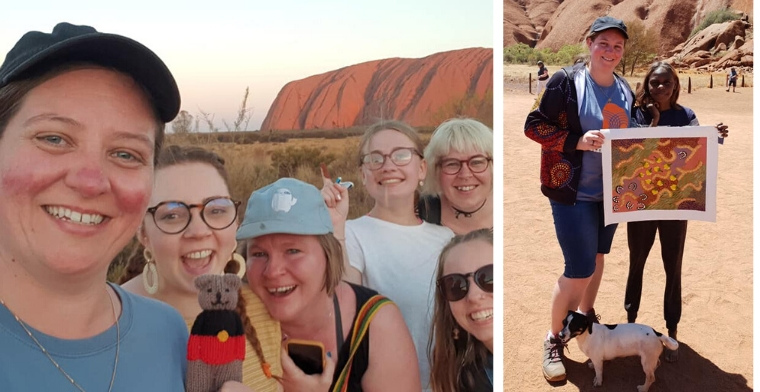 Brooke said she hopes the closing of the climb is another step towards healing for Australia’s indigenous people.

“It’s been an incredible privilege to be here at this time and in this place,” she said, “and my hope is that it’s another one of these first steps that our nation of Australia needs to take to bring  truth and justice and healing… to all peoples, especially Aboriginal peoples.”

Prime Minister Scott Morrison has been criticised for his absence from the closure of the climb. Also missing was the Federal Minister for Indigenous Australians, Ken Wyatt, and Opposition Leader Anthony Albanese.

“I don’t want people scrambling all over the roof of St Mary’s Cathedral – so why is it okay for people to scramble all over the top of Uluru?” ~ Opposition Leader, Anthony Albanese

Despite failing to attend, minister Ken Wyatt spoke to the ABC about the importance of the climb closing. He likened the rush of tourists doing last minute climbs, as “equivalent to having a rush of people climbing over the Australian War Memorial”. In a similar vein, Opposition Leader Anthony Albanese said in a tweet, “I don’t want people scrambling all over the roof of St Mary’s Cathedral – so why is it okay for people to scramble all over the top of Uluru? Uluru is precious. It has deep spiritual significance for the Traditional Owners who rightly want it protected.”

Now that the climb is closed, the chains that have been installed in 1964 and later to help people climb the rock’s western face, will be removed.

Warnings and fines of up to $10,000 can now be issued for those who attempt to climb, and Uluru-Kata Tjuta National Park management has the support of Northern Territory Police to enforce the ban.

Your ticket for the: Tears of Joy and Sorrow as Uluru Climb is Closed: A Chat with Brooke Prentis

Tears of Joy and Sorrow as Uluru Climb is Closed: A Chat with Brooke Prentis