The Joyous Story Behind This Aussie’s Eurovision Performance 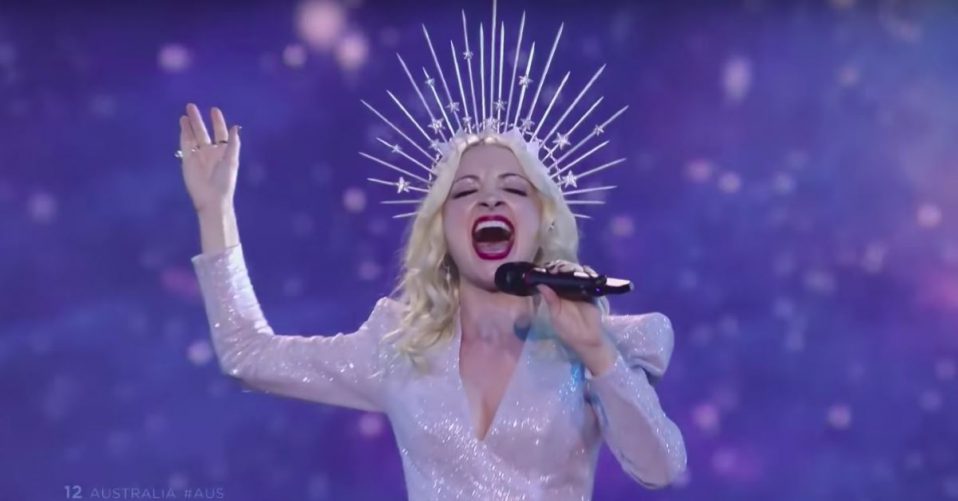 Aussie pop singer Kate Miller-Heidke had her global Eurovision audience of millions spellbound, as she floated seemingly through space, singing like an opera diva about the joys of emerging from postnatal depression.

The performance, was part of the semi-finals in the international pop contest, being held this year in Tel-Aviv, Israel.

Kate’s song, Zero Gravity, is a stunning musical blend of Broadway, opera and pop-ballad styles, and her theatrical performance had her swaying precariously on a giant, bending pole – along with two dancers dressed in black to symbolise her depression – all in front of an outer-space-like backdrop.

After her performance, Kate told the waiting media that she couldn’t wait to compete in the grand final on Sunday, and thanked the team that made her performance come to life: “Competing on the world’s biggest stage in front of around 200 million people on a bendy pole, five metres tall, is no small feat, but I’ve had an incredible team behind me,” she said.

“I Couldn’t Remember Who I Was”

Above: Kate in full swing during her Semi-Final performance.

In February, Kate – who is best known for her hits Caught in the Crowd and The Last Day on Earth – wrote a heartfelt message on her Instagram account, explaining the story behind her song:

“Zero Gravity is about emerging from depression into balance again. It tries to capture the sensation of colour returning to your life, of feeling strong, joyful and relieved,” she wrote.

“After Ernie turned two, I woke up one day and felt somehow…better. The fog had lifted… I felt like I had been given a golden ticket.”

“Like so many women, the aftermath of childbirth left my world shaken. The birth of my son Ernie, was lengthy and traumatic (we joke that Ernie had the biggest head circumference in the history of the hospital). There was a period afterwards when I couldn’t remember who I was – my old self seemed so ill-equipped to handle the overwhelming task of protecting and nurturing this helpless, little creature. I was also grieving for the loss of my old identity, and this came with a powerful layer of guilt for my own selfishness. 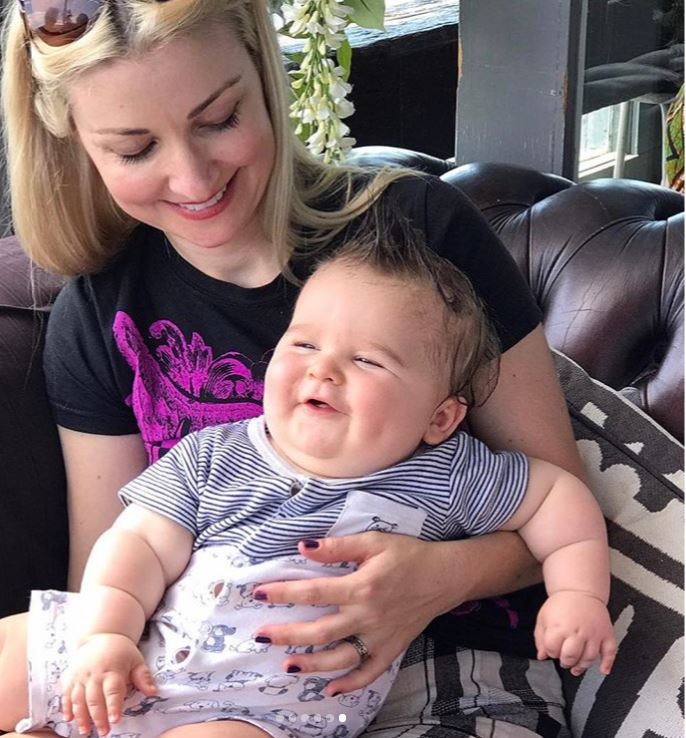 Above: Kate and her baby Ernie. Picture: Instagram @katemillerheidke

“I remember my first show after the birth, when Ernie was about 8 weeks old. I genuinely didn’t know if I could do it. I thought, ‘But I’m not ME anymore. How can I sing these songs?’ Any parent knows the relentlessness of having an infant – the sleep deprivation, the mental fog, the physical weakness…

“After Ernie turned two, I woke up one day and felt somehow…better. The fog had lifted. Stronger. I had the energy to see friends. It was a feeling of transcendence. I felt like I had been given a golden ticket. It was like how getting back to normal, after explosive food poisoning, feels like a treat.

“The lyrics of Zero Gravity talk to depression personified, as if it were an awful lover or terrible friend, and expresses the relief at finally getting them out of your life…. Zero Gravity is about leaving seriousness behind, something I feel resonates with the essence of the Eurovision Song Contest!”

Kate competed against 25 other performers for the Eurovision Grand Final on Sunday (May 15).

Your ticket for the: The Joyous Story Behind This Aussie’s Eurovision Performance

The Joyous Story Behind This Aussie’s Eurovision Performance