TV’s Jamie Malcolm and his Lifelong Connection to God 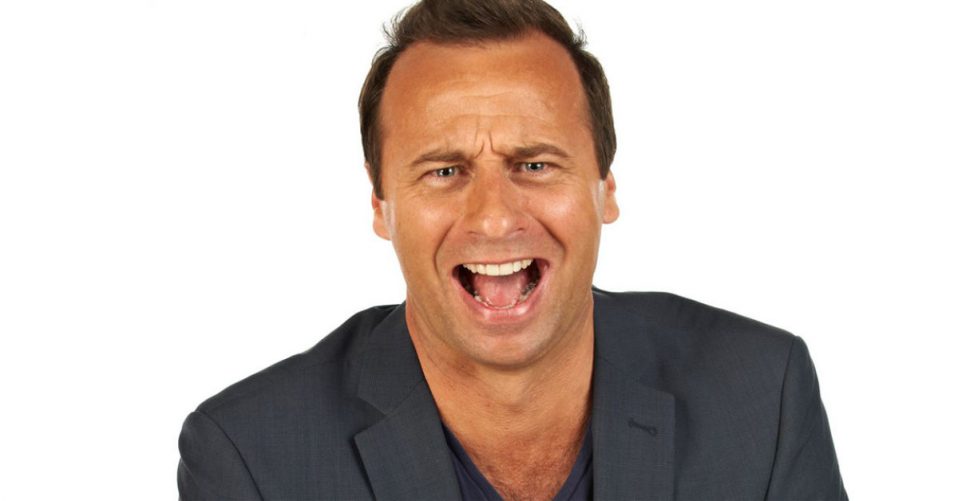 If you’ve ever bought something you’ve seen on the tellie, or watched Mornings with Kerri Anne in the early 2000s, it’s likely you’ve seen the ‘infomercial king’, Jamie Malcolm.

Raised in New Zealand before moving to Australia to pursue performing arts, for the last 20 years Jamie has appeared on all the major networks as a trusted face and enthusiastic friend. Alongside his media career, Jamie’s also been a preacher and speaker based out of C3 Church in Oxford Falls.

Jamie said, “I always felt a really strong connection to God; it wasn’t anything weird or overly religious, but it was really strong.”

Jamie’s Mum was a key influence in his faith, taking the family to church, and teaching them about the Bible’s stance on life. Sadly, she died when Jamie was just 10 years old, and his interest in church waned – and it wasn’t until he was in his mid-twenties that he reconnected to God for good.

“I went back to my room, and I took the cross off… it was like me saying, ‘God I can’t live the way you want me to live’.”

“I had kept a Bible beside my bed that I would read every now again… and it always made me feel – even though I might have been miles away from God, that I still had some kind of connection with Him,” he said. “I always loved that.

“But it wasn’t until I was in my twenties, backpacking overseas, and I wore a cross around my neck that had been given to me by a friend of mine; I was out somewhere partying, and this guy said to me, ‘How come you wear a cross?’, and I said, ‘Because I’m a Christian’.

“He said, ‘You’re a pretty strange Christian’—and it hit me. I went back to my room, and I took the cross off and shoved it in my backpack, and it was like me saying, ‘God I can’t live the way you want me to live’. I was cutting off that connection.

“The next few years were rough, because I thought God didn’t want me.”

“I Don’t Care What You’ve Done, God’s Got a Plan for You” 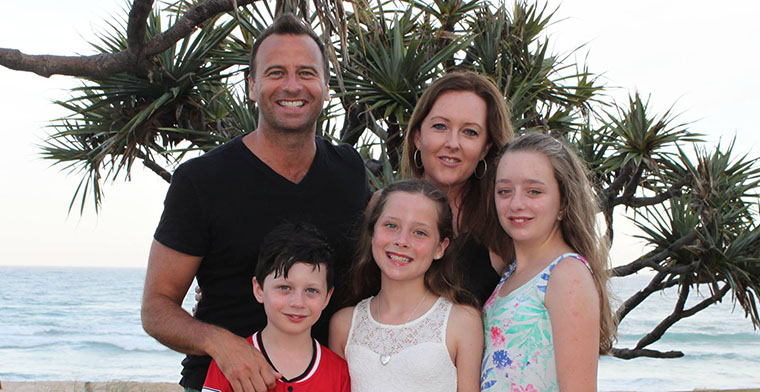 Family man: Jamie with his wife and children.

Returning to New Zealand and wondering what do next, Jamie met with an older woman named Joan, who’d been like a ‘spiritual grandmother’ to his family.

“I was terrified to see her, because she’s the most Godly woman I know in the world… [Joan] points at me, and she said, ‘You’ll preach the gospel… I don’t care what you’ve done, God’s got a plan for you’. It was like the last 14 years just disappeared. That was the moment that changed everything; somebody backed me when I was un-backable.”

Now, Jamie is well recognised as a speaker and presenter, and has authored two books: Your Time is Now: Dream Again. Live Again, and One Thing That Changes Everything.

He’s also a strong advocate for Christians in the media industry, saying its reputation for alienating Christians is something he’s “never found to be true personally”.

Making a Difference in the Workplace 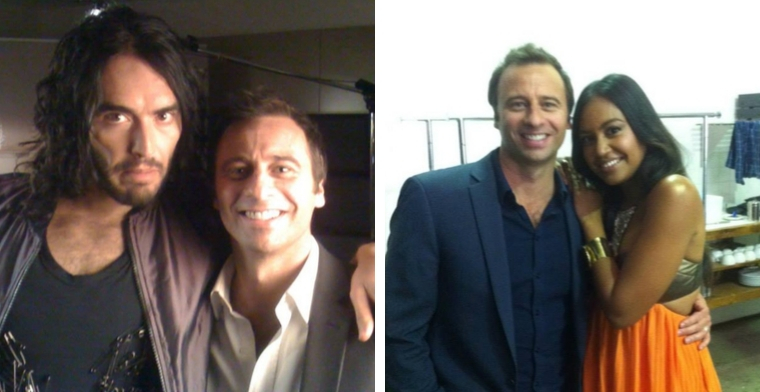 Brush with fame: In his time as a TV presenter, Jamie has worked around the who’s who of entertainment. Above: With actor Russell Brand (L) and singer Jess Mauboy (R).

Jamie suggests three things for any Christian trying to build great relationships in the workplace:

1) Be the most encouraging person

“There’s nothing more powerful than encouraging someone when they feel they’ve been beaten up bad by life.”

2) Be the most generous person

“It’s not just buying gifts and coffee, but being generous with your time; spending time with people.”

3) Be the hardest worker

“It speaks so much to a boss when you deliver more than they expect.”

Reflecting on the times he is asked about his faith at work, Jamie said, “Most times if somebody asks about God, they’re really more interested in what God feels about them; what He thinks about ‘me’, than the straight-up gospel.

“God is so big, and He’s so wonderful, and if you give Him any avenue He’ll just pour into peoples’ lives.”

Your ticket for the: TV’s Jamie Malcolm and his Lifelong Connection to God

TV’s Jamie Malcolm and his Lifelong Connection to God