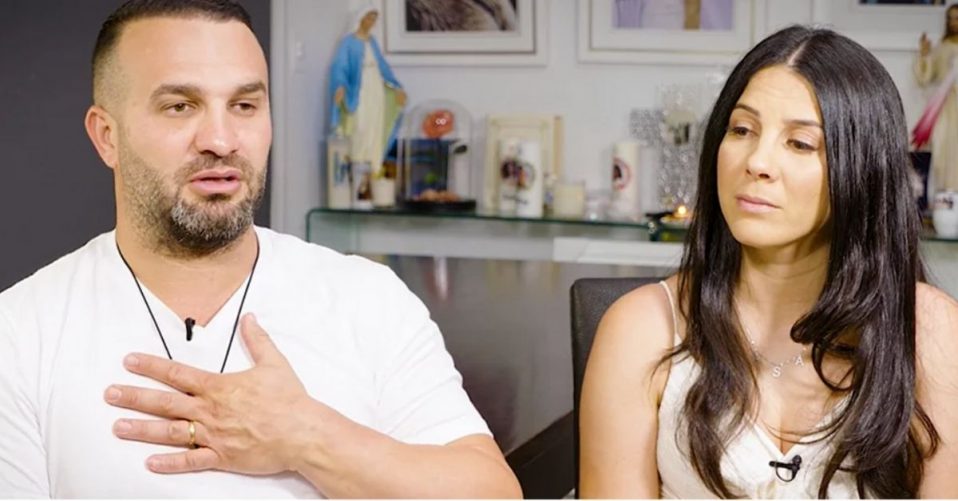 A year on from the tragic car crash that killed three of their children, Danny and Leila Abdallah are urging others to embrace forgiveness as they mark the anniversary of the four children’s deaths.

On Monday 1 February, i4give Day will take place to coincide with the anniversary of the deaths of Antony, Angelina and Sienna Abdallah and their cousin Veronique Sakr.

In the aftermath of the crash, Mrs Abdallah told reporters “I think in my heart I forgive him” – referring to the intoxicated driver of the vehicle who pleaded guilty to four charges of manslaughter in October, last year, and is due to be sentenced in March.

“Forgiveness is the way to healing” 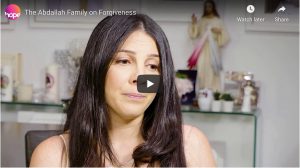 Now, in partnership with the NSW Government, Mrs Abdallah is urging others to honour the legacy of her children by incorporating forgiveness into their own lives. In an interview to launch i4give Day, she said “Forgiveness is very important, not only for us. It’s important for everyone. Forgiveness is the way to healing”.

Wearing a necklace with the initials of her deceased children, she acknowledged the outpouring of support from the public following their deaths.

“Everyone was touched by it,” Mrs Abdallah said.

The Abdallah and Sakr families hope that i4give Day will keep the memories of their children alive, and also be a chance for people to consider the power of forgiveness.

Veronique Sakr’s mother Bridget said that she hopes the children’s deaths allow people to “mend bridges with estranged family members and move forward, to love each other in peace and harmony”.

“We all get hurt in our life. But then the question is, ‘Is it worth it?’… the pain and regret that you have to live with for the rest of your life,” she said.

Source: The Four Angels Facebook / “Antony, Angelina, Sienna and Veronique. It has been 10 months since I have put you to sleep, I hugged you, I smelt you, i touched you, I heard your voice… Heaven is bestowed with these four angels. We miss you and love you dearly  “Let the Children comes to me for the kingdom of heaven belongs to them” (1 Dec 2020).

The pain of their first Christmas without the children

The family also spoke about the pain of their first Christmas following the children’s deaths. Mrs Abdallah said that she and her family wanted to be left alone at home to cry and pray together.

[They] wanted to be left alone at home to cry and pray together. But for the sake of their surviving children, they explained that they had decided to put up a Christmas tree and get them two presents each.

But for the sake of their surviving children, they explained they had decided to put up a Christmas tree and get them two presents each: “One from Antony, Angelina and Sienna, sent from heaven. And one from Santa”.

Mr Abdallah shares about having an attitude of forgiveness

In an interview, Mr Abdallah also revealed that the family’s faith has shaped their attitude of forgiveness.

“Forgiveness is the core of our faith,” he said.

“Christ forgave us for our sins, so who am I not to forgive?”

“We choose not to have anger and resentment and bitterness.”

Mr Abdallah said that he and his wife wanted to model forgiveness for their surviving children.

“We choose not to have anger and resentment and bitterness.

“This is the biggest cross someone could carry. We’re in a very bad place. We’ve lost our kids. We had to accept the unacceptable.”

But in the midst of their grief, Mr Abdallah said they have found peace in forgiveness.

“You don’t know what Christ’s peace is until you forgive.”

Mr Abdallah said that he hopes i4give Day will prompt the public to “reflect on their own lives and say, ‘Look, these people were able to forgive in the worst, most atrocious conditions’. They can look at themselves in the mirror and say, ‘What am I fighting over?’”

Adding that forgiveness is not exclusive to Christians, he encouraged the greater public to think about their relationship with loved ones.

“Ring each other and reconcile,” he urged.

I4give Day will be launched with a memorial on Sunday 31 January. The event will be held at 10am in Sydney’s Royal Botanical Gardens and will be live streamed online and on Channel Seven.

The i4give website will direct the public towards resources to help those dealing with grief, as well as trauma counselling services.

Lifeline Australia provides 24-hour crisis support and suicide prevention services. Find out how these services can help you, a friend or loved one. If you need crisis support call 13 11 14.

Your ticket for the: “We Had to Accept the Unacceptable” – Abdallah Family Mark First Anniversary of Children’s Deaths