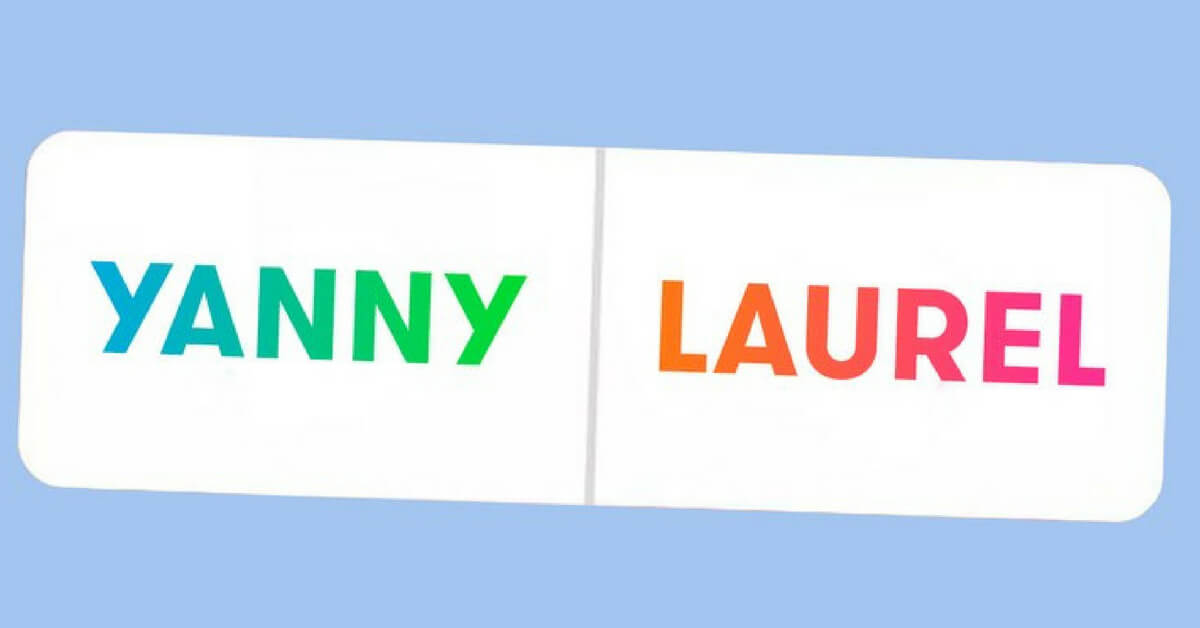 I hear Laurel but you might hear Yanny. And, if you must know, my wife hears Yearly.

This Laurel-Yanny internet phenomenon is the latest example of what’s called a “perceptually ambiguous stimulus”.

You might remember the gold-blue dress debate from 2015. Or the Rubin face-vase illusion from the early 1900s.

On the one hand, the Laurel-Yanny debate is a proof of relativism. You have your truth and I have mine. What I perceive subjectively is not what you perceive. Neither interpretation is superior. Just different.

Who am I to judge what you hear as inferior or morally wrong?

But on the other hand, it can also function as proof of objective truth—because everyone still hears two syllables and the same vowels. Similarly, in the gold-blue dress debate, it’s objectively true that everyone sees stripes and not polka-dots.

And, in life, although we pay lip service to moral relativism, we behave as moral objectivists. Those of us who are pro-choice would simply say that those who are pro-life are wrong. Not different, but simply and down-right wrong. Perhaps even morally evil.

And, in spirituality, although we might say all religions are true, we behave as if there can only be our version of God that is correct. Everyone else is wrong.

So how can we know who is right or wrong?

What if the original speaker, Jay Aubrey Jones, an opera singer, tells us that he was speaking the word “Laurel”—and not Yanny—for the audio clip for vocabulary.com? Then we can know.

Or what if the gold-blue dress maker, Roman Originals, tells us that the dress was originally gold—and not blue? Then we can know.

Or what if Rubin tells us it’s a face—and not a vase? Then we can know.

If the original designer tells us the answer, then we can know. It’s not up to us to decide the truth, the truth is revealed to us by the designer.

And that is the claim of the bible. God is the original Designer. He reveals what is right or wrong to us. That’s how we can know.

In the Bible, John 1 calls Jesus the Logos—the Word from the original Designer. If we get to know Jesus, we can know the way, the truth, and the life. It’s not up to us to guess. It’s been revealed to us.

But that only shifts us to a new debate. If Jesus was around today, would he have been a Laurel or Yanny?

I hear Laurel but you might hear Yanny. And, if you must know, my wife hears Yearly. END_OF_DOCUMENT_TOKEN_TO_BE_REPLACED

Your ticket for the: Would Jesus Be a Laurel or Yanny?