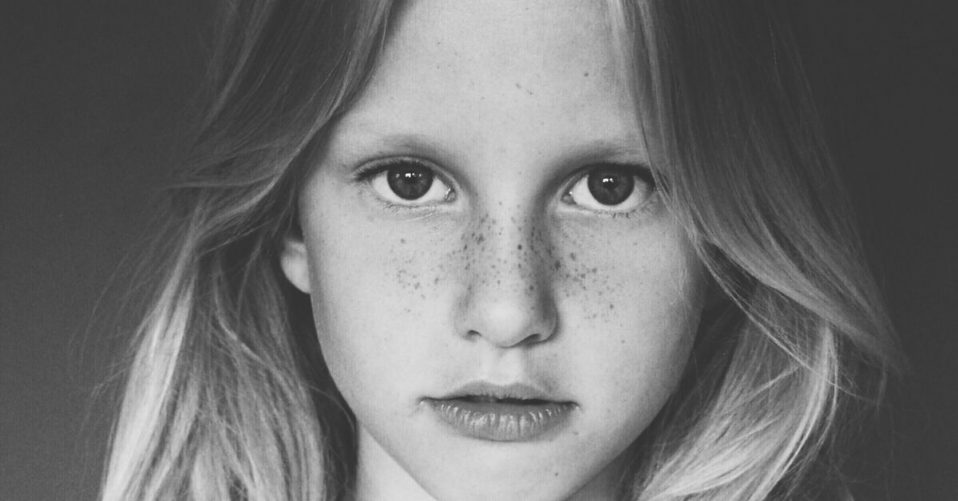 It’s pretty clear that something is going wrong with our girls when parents report that primary-aged girls are attempting to cut off their tummy fat with scissors.

Reportedly 55 per cent of girls between the ages of eight and nine are dissatisfied with their bodies. And, a quarter of 14-15 year olds have thoughts about self-harming.

Why are girls having so much trouble liking themselves?

Kasey Edwards is the co-author of Raising Girls Who Like Themselves. In her research, she spoke to four separate parents of primary school girls (aged six to seven) who told her the same story – that their little girls wanted to cut off the rolls of fat on their stomach with scissors.

“These girls, their heads should be full of fairy dust and unicorns, and they just have this intolerable hatred of their bodies,” Kasey said.

“One of the reasons that I wrote this book is that I wanted my girls to grow up liking themselves more than I did. But it’s much bigger than that because the problems that our girls are facing are happening younger and more extreme as well.”

Kasey believes that beauty is one of the areas that parents are getting wrong.

“And it’s not parent’s fault because we are being told the wrong advice,” she said.

Kasey said she and her husband (who she co-wrote the book with) both listened to one of Australia’s “leading experts on raising girls” instruct parents to tell their girls they are beautiful more often.

“This focus on girl’s beauty, even though it’s praising them, is doing two things. First of all, it’s making beauty really important in girl’s lives. If you tell a girl over and over that she is beautiful, she will naturally assume that it’s really important and potentially the most important thing about her,” she said.

“And then, the second thing is that nobody is beautiful enough in today’s society. Everybody fails at beauty. So you put those two things together and it’s no wonder that our girls are struggling, because in their minds they are failing at the thing that is most important about them.

The most important thing parents can do for their daughters

“The most important thing that parents can do is try to reduce the importance of beauty in girls’ lives.”

Kasey Edwards co-authors Raising Girls Who Like Themselves with Dr Christopher Scanlon. 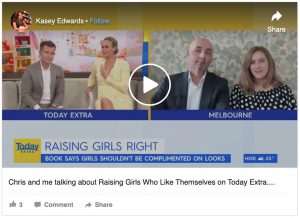 About the Author: Katrina is a writer, radio presenter, children’s book author, and mother of three.

Your ticket for the: “They Just Have This Intolerable Hatred of Their Bodies” Says ‘Raising Girls Who Like Themselves’ Author